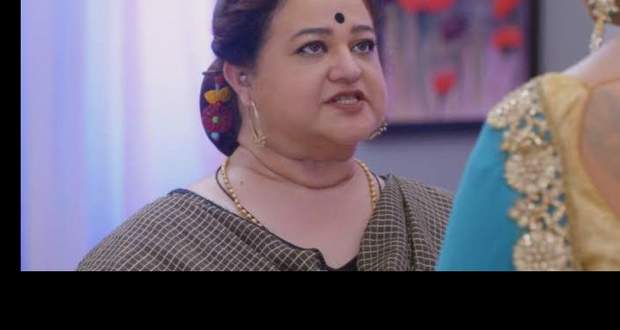 In the forthcoming episodes of Kundli Bhagya serial, Sarla will slap Mahira in front of everyone for saying that Preeta is going to marry Prithvi.

So far in Kundali Bhagya story, Mahira took Preeta's place at the reception party while the latter was kidnapped. After, Karan asked her to leave his house and to not take Preeta's place in his life. Meanwhile, Pawan dressed Prithvi for his marriage with Preeta.

Now as per the gossip twists of Kundali Bhagya serial, Mahira will give Karan a letter and will say that it is on Preeta's behalf. She will also tell him that Preeta has left the Luthra house and is going to marry Prithvi.

Meanwhile, Sarla will slap her in front of everyone as she will not believe what Mahira is saying according to the latest news of Kundali Bhagya serial.

Let's see whether the Luthra's believe Mahira or not in the future episodes of Kundali Bhagya serial.

© Copyright serialsindia.com, 2018, 2019, 2020. All Rights Reserved. Unauthorized use and/or duplication of this material without written permission from serialsindia.com is strictly prohibited.
Cached Saved on: Wednesday 1st of February 2023 05:41:03 PM