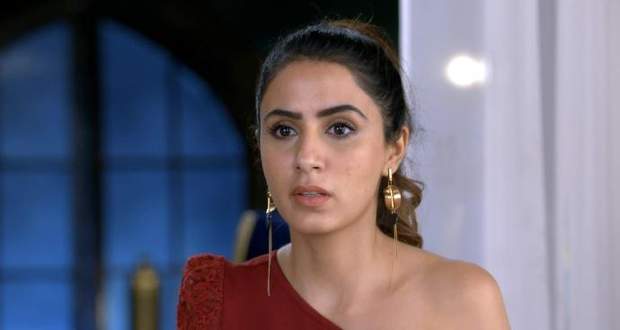 In the upcoming episodes of the Kundali Bhagya serial, Karan will be forced to accept Preeta as his legal wife. However, Karan's decision will make Mahira crazy.

Up until now in the Kundly Bhagya serial, Preeta returned to the Luthra mansion to claim her right as legal wife of Karan Luthra. Luthra family opposed Preeta but NGO women and police stood firm beside her.

Now according to the latest spoiler twists of the Kundly Bhagya serial, Karan will accept Preeta as his legal wife for the sake of his fame and career. However, Karan's decision will not be approved by the Luthra family.

Mahira will be frustrated by Karan's decision. She will try her best to throw Preeta out of Karan's life. As the first step to execute her plan, Mahira will not let Preeta enter Karan's room as per the gossip news of Kundly Bhagya serial.

© Copyright serialsindia.com, 2018, 2019, 2020. All Rights Reserved. Unauthorized use and/or duplication of this material without written permission from serialsindia.com is strictly prohibited.
Cached Saved on: Wednesday 1st of February 2023 09:22:50 PM