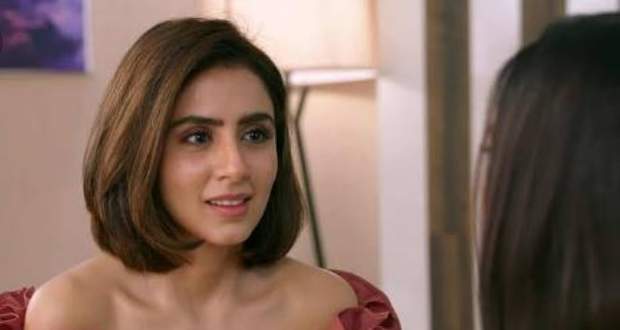 In the upcoming episodes of Kundali Bhagya, Mahira will again blame Preeta for manipulating the Luthra family into accepting Preeta as the daughter-in-law.

So far in Kundaly Bhagya story, Preeta confronted Mahira for faking her suicide attempt to gain the sympathy of the Luthra's.

Moreover, Mahira announced in front of the family that she is willing to observe Karwa Chauth fast for Karan.

Now according to the latest news of Kundali Bhagya, Mahira will shout at Sarla for asking her to not keep the fast.

Further, Preeta will threaten to reveal Mahira's truth in front of the family and will tell the Luthra's that she is trying to manipulate them.

However, Mahira will start blaming Preeta for betraying Karan and forcefully entering the Luthra House as per the future twist of Kundli Bhagya serial.

Let's see if Mahira succeeds in performing Karwa Chauth rituals for Karan or not in the spoiler updates of Kundali Bhagya.

© Copyright serialsindia.com, 2018, 2019, 2020. All Rights Reserved. Unauthorized use and/or duplication of this material without written permission from serialsindia.com is strictly prohibited.
Cached Saved on: Wednesday 28th of September 2022 03:12:31 PM