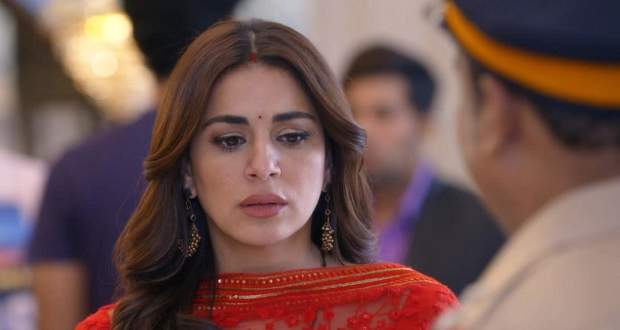 In the forthcoming episodes of the Kundali Bhagya serial, Karan will call the police to arrest Preeta. But, to Karan's surprise, Preeta will show the proof of their wedding to the police.

Up until now in the Kundaly Bhagya story, Preeta, with the help of NGO women, claimed her rights as legal wife of Karan Luthra. The Luthra family opposed Preeta but Rishabh still stood behind her.

Now according to spoiler twists of Kundly Bhagya serial, Karan will call the police to get Preeta arrested. When police will arrive at Luthra mansion, he will ask them to arrest Preeta for abducting Rishabh and attempting to kill Mahesh.

Later, Sherlyn will say that no marriage took place here and family was performing a pooja. Meanwhile, Preeta will play her card and show the marriage video to the police. Further, the police will say that Karan cannot humiliate his wife. In case he will not accept Preeta, they will arrest Karan and all family members as per gossip news of the Kundali Bhagya serial.

Let's see what happens next in the future story of the Kundly Bhagya serial.