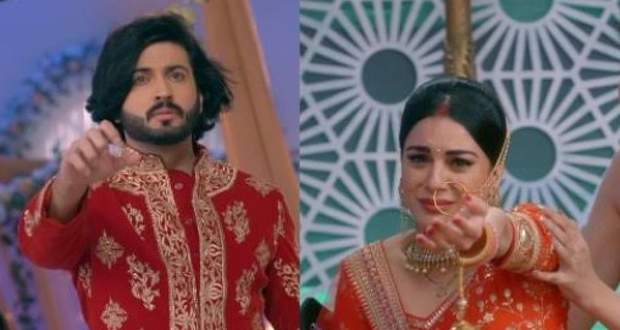 In the forthcoming episode of Kundali Bhagya serial, Mahira along with Prithvi’s brother, Pawan will plan to create trouble for Preeta and abduct her from the wedding reception party.

So far in the story of serial Kundali Bhagya, we saw Preeta succeeding in her endeavors of impressing her in-laws during her first Rasoi. Later, Mahira takes Prithvi’s brother, Pawan’s help who has also made an entry into the serial.

As per the recent twists of Kundali Bhagya, Pawan will also come to the party to abduct Preeta while Mahira will mock Preeta and take her place in the reception.

Further, Pawan will bring Preeta to his house with help of Mahira as she is Prithvi's love as per the latest gossip of serial Kundali Bhagya.

Let's see what happens in the upcoming story of Kundali Bhagya.

© Copyright serialsindia.com, 2018, 2019, 2020. All Rights Reserved. Unauthorized use and/or duplication of this material without written permission from serialsindia.com is strictly prohibited.
Cached Saved on: Friday 19th of August 2022 04:39:01 AM