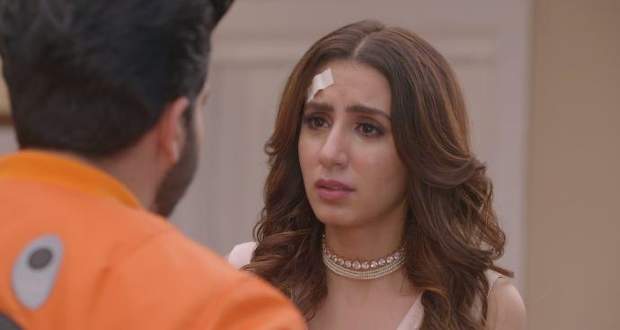 In the upcoming episodes of Kundali Bhagya serial, Karan will save Preeta by keeping a condition in front of Mahira.

So far in Kundaly Bhagya story, Preeta was trapped in a false attempt to murder case while Rishabh tried to save her. Later, Sherlyn bribes the inspector and the lawyer to show Preeta guilty.

Now as per the spoiler twists of Kundly Bhagya serial, Karan will be seen adamant to save Preeta and will talk to Mahira about the same.

He will ask Mahira if she is afraid to lose him while she will start crying and will reveal her insecurities. Karan will promise to marry her if she takes her complaint back against Preeta according to the gossip news of Kundali Bhagya serial.

© Copyright serialsindia.com, 2018, 2019, 2020. All Rights Reserved. Unauthorized use and/or duplication of this material without written permission from serialsindia.com is strictly prohibited.
Cached Saved on: Saturday 2nd of July 2022 01:14:20 PM