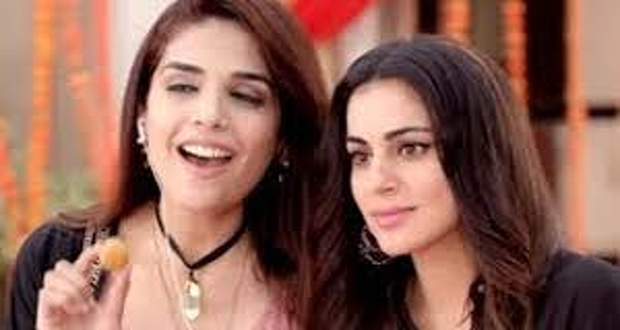 Kundali Bhagya Gossip Update: Preeta and Shristi to be out of jail

In the upcoming episodes of serial Kundali Bhagaya, the audience will see Preeta, and Shristi will be granted bail.

Up until now, in Kundali Bhagaya's story, Preeta disguises herself as a waiter and Shristi hides her identity as makeup artist enters Karan and Mahira's engagement party. Bua comes to know about their plan and prove them guilty in front of everyone.

Later, Karan goes ahead with engagement and gets Preeta and Shristi arrested.

As per the latest story update, Preeta will inform her mother about the entire situation that occurred during Karan's engagement part.

Sarla, Preeta's mother, will enter the jail along with a lawyer and take her daughters out of jail, according to the spoiler updates of the Kundali Bhagaya serial.

We have to wait and see what happens next in the future story of Kundali Bhagaya serial.

© Copyright serialsindia.com, 2018, 2019, 2020. All Rights Reserved. Unauthorized use and/or duplication of this material without written permission from serialsindia.com is strictly prohibited.
Cached Saved on: Monday 6th of February 2023 04:26:15 AM