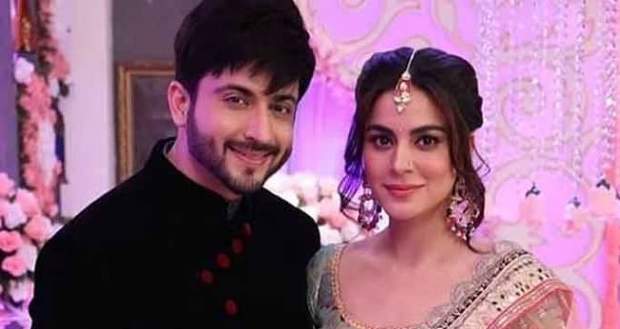 In the future episodes of Kundli Bhagya serial, viewers are going to witness a bathroom romance between Karan and Preeta.

So far in Kundali Bhaagya serial, Preeta has been accused by Sherlyn for Mahira's accident. Mahira had planned to push Preeta in front of a car but fell prey to her own ploy.

Now according to the gossip news of Kundali Bhagya serial, Karan will confront Preeta about the reason for pushing Mahira in front of the car. He would go to meet Preeta and will turn up in her bathroom.

Preeta would slip in her bathroom and Karan will hold her up. Thus, they would share an intimate moment as per the spoiler news of Kundli serial.

Let's see what happens next in the Kundali Bhagya serial.