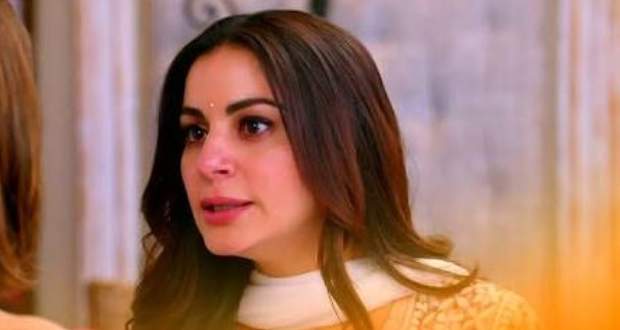 In the forthcoming episode of Kundali Bhagya, Preeta will confront Mahira and threaten to expose her in front of the family.

So far in Kundaly Bhagya story, Mahira cuts her wrist and is rushed to the hospital.

Later, she gives a statement in the favor of the Luthra's, and Kareena asks her to return to the Luthra House.

Now according to the future news of Kundali Bhagya, Preeta will confront Mahira for planning her suicide to gain the sympathy of the Luthra's.

Moreover, Preeta will also ask her if she deliberately cut her hand to let the blood flow and make Luthras believe that she attempted suicide as per the latest spoiler of Kundali Bhagya.

On listening to Preeta, Mahira will get shocked and meanwhile, Preeta will threaten to reveal the truth to Karan's family.

Let's see if Preeta reveals Mahira's true colors to Karan or Mahira manipulates him in the upcoming twist of Kundli Bhagya serial.