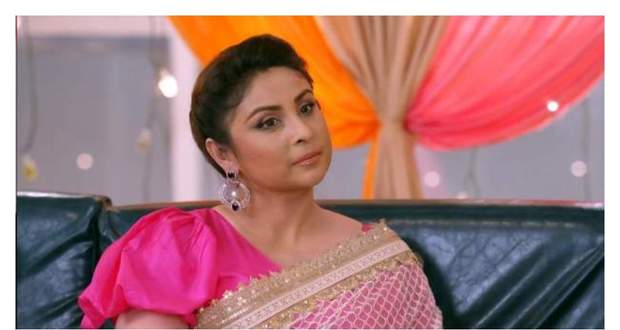 In the forthcoming episodes of Kumkum Bhagya serial, Ranbir will be about to leave his house while Pallavi will suffer a heart attack.

Up until now in Kumkum Bhagya story, Pragya revealed to Prachi that Rhea is her twin sister.

Meanwhile, Ranbir made a plan to run away from his house but Aryan informed his family of the plan.

Now as per the gossip news of Kumkum Bhagya serial, Ranbir will go downstairs and will inform the family that he is going to meet Prachi but Pallavi will be against it.

She will tell him to not come back after stepping foot out of the house for Prachi and Ranbir will promise that he won't come back.

Ranbir will be about to leave while Pallavi will suffer a heart attack and the family will take her to a hospital.

Ranbir will blame himself for her condition according to the recent spoilers of Kumkum Bhagya.

Let's see if Pallavi's condition stabilizes or not in the future episodes of Kumkum Bhagya.

© Copyright serialsindia.com, 2018, 2019, 2020. All Rights Reserved. Unauthorized use and/or duplication of this material without written permission from serialsindia.com is strictly prohibited.
Cached Saved on: Monday 6th of February 2023 05:19:45 AM