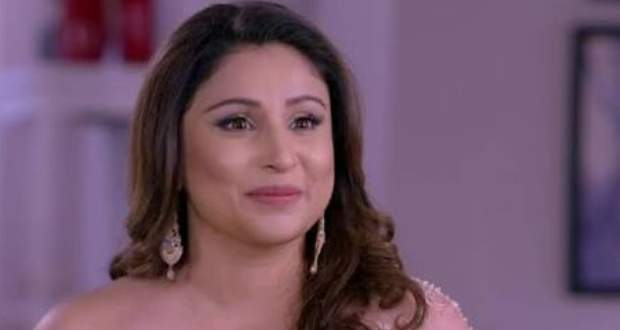 In the Kumkum Bhagya forthcoming episodes, Pallavi will tell Rhea that she is soon going to become her daughter-in-law.

So far in Kum Kum Bhagya story, Prachi asks Ranbeer to forget his love for her as everyone is against their alliance.

Further, Rhea recovers and is brought home while Ranbeer takes care of her.

Now according to the upcoming twist of Kumkum Bhagya, Pallavi will ask Prachi to immediately come to her house.

Further, Pallavi will also be seen asking Rhea if she wants to marry Ranbeer as the Kohli family has accepted her as their daughter-in-law as per the future spoilers of Kumkum Bhagya.

Moreover, she will decide to fix Ranbeer-Rhea's engagement and will ask Vikram to buy rings for the couple.

Let's see if this is the end of Ranbeer-Prachi's love or not in the gossip updates of Kumkum-Bhagya.

© Copyright serialsindia.com, 2018, 2019, 2020. All Rights Reserved. Unauthorized use and/or duplication of this material without written permission from serialsindia.com is strictly prohibited.
Cached Saved on: Saturday 2nd of July 2022 01:47:07 AM