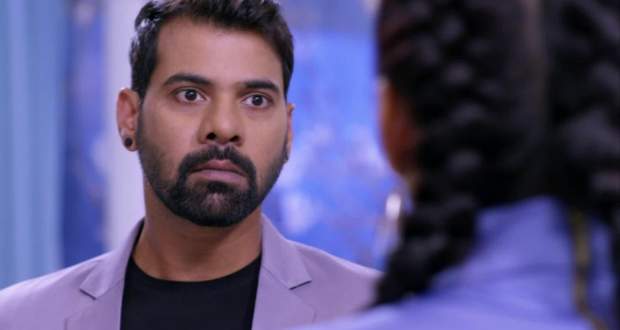 Kumkum Bhagya Spoilers: Abhi to get furious at Rhea for Prachi

In the forthcoming episodes of Kumkum Bhagya serial, Abhi will get furious with Rhea after finding out that she wants Prachi dead.

Up until now in Kum Kum Bhagya story, Prachi is met with an accident which was caused by Rhea. Later, Rhea will seek help from Aliya as she is scared of being caught and Abhi will find out that Rhea wants Prachi dead.

Now as per the serial gossip of Kumkum Bagya serial, Abhi will get angry at Rhea for thinking such bad things for Prachi. Abhi will feel awful as he is fond of Prachi.

Furthermore, he will lash out at Alia for being a bad influence on Rhea and for provoking her against Prachi according to the spoiler twists of Kumkum serial.

Let's see what will be Alia's reaction to this in the next episode of Kumkum Bhagya serial.