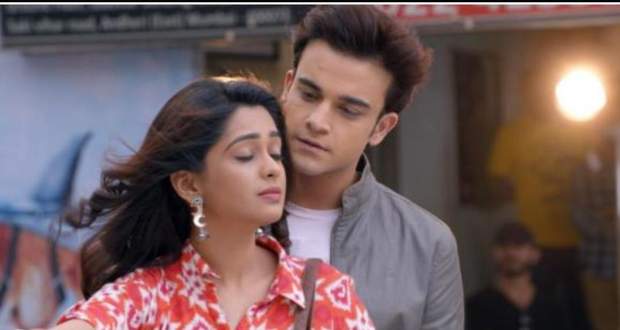 In the upcoming episodes of Kumkum Bhagya serial, Prachi will save Ranbir and reveal the truth about Maya.

Up until now in Kumkum Bhagya story, after regaining consciousness Maya stopped Ranbir and Prachi's wedding while Dushyant called the police to put Prachi behind the bars. Further, Pragya reached there in time and saved Prachi.

Now as per the latest gossip of Kumkum Bhagya serial, Prachi will reveal the truth about Maya and Rahul's secret relationship and thus save Ranbir from the mess. Later, Maya's Bade Papa Dushyant and her father will get arrested as Maya will confess her love.

Furthermore, Ranbir's family will express their gratitude to Prachi and will say that they want a girl like her in their son's life. Rhea will overhear their them praising Prachi and will get jealous of her according to the spoiler twist of Kumkum Bhaagya serial.

Let's see what happens next in the future story of Kumkum Bhagya serial.

© Copyright serialsindia.com, 2018, 2019, 2020. All Rights Reserved. Unauthorized use and/or duplication of this material without written permission from serialsindia.com is strictly prohibited.
Cached Saved on: Sunday 5th of February 2023 02:53:53 AM