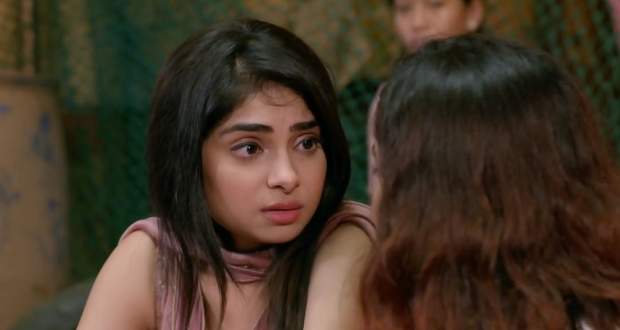 So far in the Kukum episodes, Sahana has found out about Prachi and Ranveer’s big fight.

She is furious at Ranveer for not trusting Prachi.

Meanwhile, Ranveer feels heartbroken as he thinks Prachi has cheated on him with Siddharth.

Now as per Kumkum Bhagya spoiler alert, Sahana finds out about Parchi being kidnapped by some human traffic gang.

Worried Sahana spots Ranveer’s car and urges him to help her to find Prachi.

While searching for Prachi, Sahana curses Ranveer for not standing with Prachi.

In the upcoming Kumkum Bhgaya story, Sahana finds a girl on the streets who informs her about Prachi being held captive in an isolated house with other girls.

She further informs them how the goons plan to sell Prachi to some strangers.

According to the Kumkum Bhagya gossip, Sahana and Ranveer will rescue Prachi from the human traffic gang.

How will Sahana find out the truth behind Sid’s allegation against Prachi?