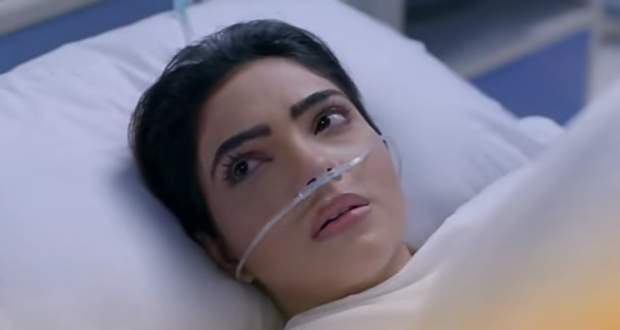 In the upcoming episodes of serial Kumkum-Bhagya, Rhea will regain consciousness and ask Aliya about her plan of instigating the Kohli family against Prachi.

So far in Kum Kum Bhagya's story, Rhea falls unconscious after trying to commit suicide while Abhi takes her to the hospital. Further, Aliya uses the opportunity to brainwash everyone's mind against Prachi.

Now based on the gossip twists of serial Kumkum Bhagya, Rhea will regain consciousness while Aliya will visit her in her room. Moreover, Aliya will assure Rhea that she will get married to Ranbeer as everyone is against Prachi.

However, Rhea will be confused and will ask her about her plan of instigating the family against Prachi as per the latest updates of Kumkum Bhaagya.

Let's see if Abhi learns about Aliya's plan of making fake video to prove Prachi guilty or not in the recent serial spoilers of Kumkum Bhagya.

© Copyright serialsindia.com, 2018, 2019, 2020. All Rights Reserved. Unauthorized use and/or duplication of this material without written permission from serialsindia.com is strictly prohibited.
Cached Saved on: Saturday 28th of January 2023 12:36:34 PM