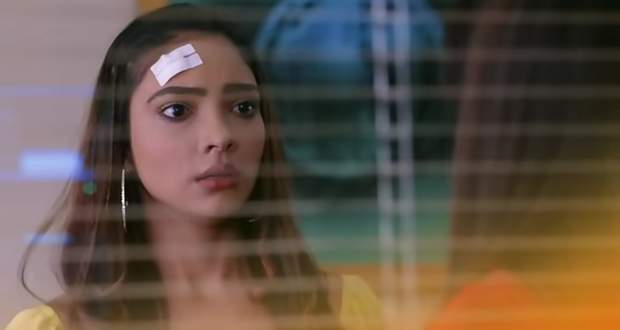 In the upcoming episodes of serial Kumkum-Bhagya, Rhea will regret her major move of putting Prachi’s life in danger and will apologize to Pragya.

Up until now in the story of serial Kumkum Bhagya, enraged by Prachi and Ranbir’s growing closeness, Rhea bribed a truck driver to kill Prachi to get rid of her. Further, Prachi met with an accident and was rushed to the hospital.

Now as per the latest updates of Kumkum Bhaagya serial, Pragya will be devastated after witnessing Prachi’s condition and Rhea will feel bad for Pragya.

Further, Rhea will be filled with remorse and will apologize to Pragya for harming Prachi. Pragya on the other hand will be in a state of shock and will not understand what Rhea is saying as per future twists of Kumkum-Bhagya serial.

Let’s see what happens next in the upcoming episodes of serial Kumkum Bhagya.

© Copyright serialsindia.com, 2018, 2019, 2020. All Rights Reserved. Unauthorized use and/or duplication of this material without written permission from serialsindia.com is strictly prohibited.
Cached Saved on: Monday 26th of September 2022 08:42:30 AM