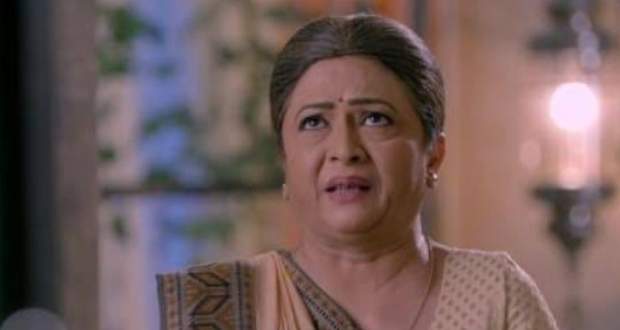 In the forthcoming episode of Kumkum Bhagya, Sarita will learn that Prachi is abducted by a disguised goon.

So far in Kumkum Bhagya story, Ranbeer secretly put the engagement ring on Prachi's finger, and meanwhile, Rhea witnessed this and got jealous.

Now according to the latest updates of Kumkum Bhagya, Sanju will decide to kidnap Prachi and take her to her hometown Hoshiyarpur.

Moreover, Sanju will kidnap Prachi and will place her inside a bag and at the same time, Sarita will suspect Sanju and his friend and will start following them.

Later, she will ring Prachi's phone and will be shocked to learn that the phone is inside the bag Sanju is trying to carry out of the house as per the future twist of Kum Kum Bhagya serial.

Let's see if Sarita tells Pragya about Prachi's kidnap or not in the spoiler news of Kumkum Bhagya.

© Copyright serialsindia.com, 2018, 2019, 2020. All Rights Reserved. Unauthorized use and/or duplication of this material without written permission from serialsindia.com is strictly prohibited.
Cached Saved on: Sunday 5th of February 2023 02:47:11 AM