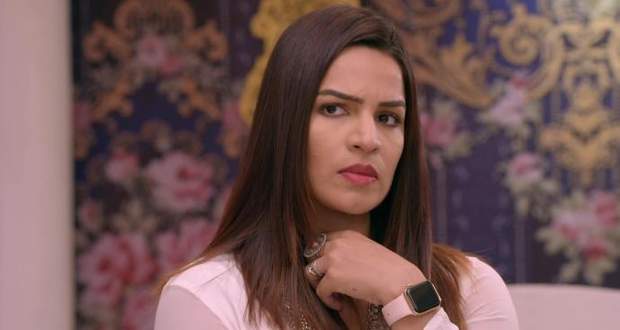 In the upcoming episodes of Kumkum Bhagya serial, Alia will exchange her phone with Sanju and save herself from the investigation.

So far in Kumkum Bhagya story, while Prachi fell into the trap of false robbery, Ranbir and Abhi save her. Meanwhile, police get access to Sanju’s phone. With the help of this phone, they plan to arrest the culprit.

Now as per the latest news of Kumkum Bhagya serial, Alia will try to get and remove the evidence that the police is going to use.

She will play a trick on the cops and will try to steal the phone as it might help them in recognizing the voice of the culprit. She will exchange Sanju’s phone with hers, and will save herself according to the spoiler news of Kumkum Bhagya.

Let’s see what happens further in the future story of Kumkum Bhagya serial.

© Copyright serialsindia.com, 2018, 2019, 2020. All Rights Reserved. Unauthorized use and/or duplication of this material without written permission from serialsindia.com is strictly prohibited.
Cached Saved on: Tuesday 30th of November 2021 04:43:01 PMCached Disp on: Saturday 4th of December 2021 10:37:55 PM