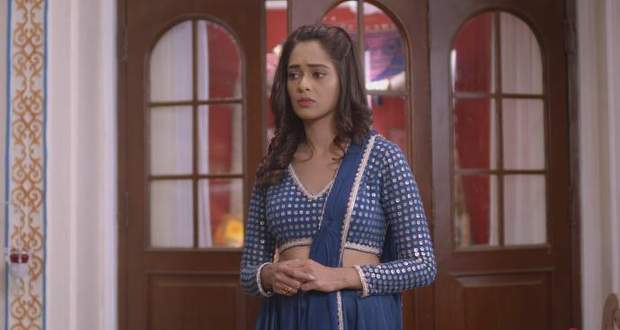 Kumkum Bhagya Latest Twist: Prachi to be abducted during the Dussehra ceremony

In the forthcoming episodes of Kumkum Bhagya, Sanju will arrive at the Dussehra party and will abduct Prachi.

So far in Kumkum Bagya's story, Pallavi decides to get Ranbeer and Rhea engaged during the Dussehra party.

Further, Aryan informs Ranbeer about Pallavi's plan, and Ranbeer decides to talk to Pallavi about the same.

Now according to the latest news of Kumkum Bhagya, Prachi will scold Abhi for being careless and Abhi will tell her that she is quite similar to Pragya.

On the other hand, Rhea will tell Sanju about Ranbeer-Prachi’s secret engagement and will ask him to come to the Dussehra party.

Later, a disguised Sanju will make Prachi unconscious and will abduct her amid the ongoing Dussehra ceremony as per the future twist of Kum Kum Bhagya serial.

© Copyright serialsindia.com, 2018, 2019, 2020. All Rights Reserved. Unauthorized use and/or duplication of this material without written permission from serialsindia.com is strictly prohibited.
Cached Saved on: Wednesday 1st of February 2023 06:52:44 PM