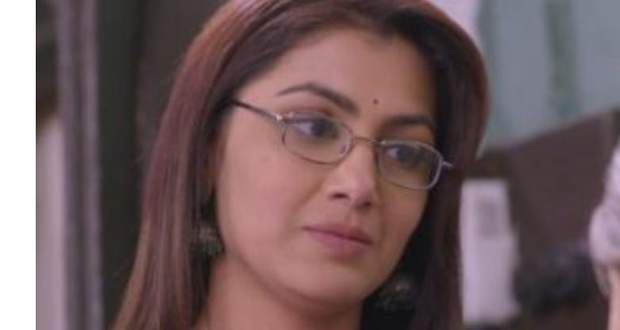 Kumkum Bhagya Latest Spoiler: Pragya to reveal the truth about Rhea to Prachi

In the forthcoming episodes of Kumkum Bhagya serial, Pragya will reveal the truth to Prachi about Rhea being her twin sister.

Up until now in Kumkum Bhagya serial, Rhea got arrested by police with the crime of attempt to murder under the name of the complaint given as Pragya.

Further, Pragya went to the police station to free Rhea but the PI told her to bring Prachi to give a statement that Rhea didn't try to kill her to free Rhea.

Now as per the gossip twists of Kumkum Bhagya, Pragya will go home and will tell Prachi to come with her to the police station to give her statement and free Rhea.

However, Prachi will deny her and will tell her that Rhea only thinks about herself.

Afterwards, Pragya will reveal to her that Rhea is her twin sister according to the spoiler alerts of Kumkum Bhagya.

Let's see how will Prachi react to this in the future episodes of Kumkum Bhagya.

© Copyright serialsindia.com, 2018, 2019, 2020. All Rights Reserved. Unauthorized use and/or duplication of this material without written permission from serialsindia.com is strictly prohibited.
Cached Saved on: Monday 6th of February 2023 06:21:59 AM