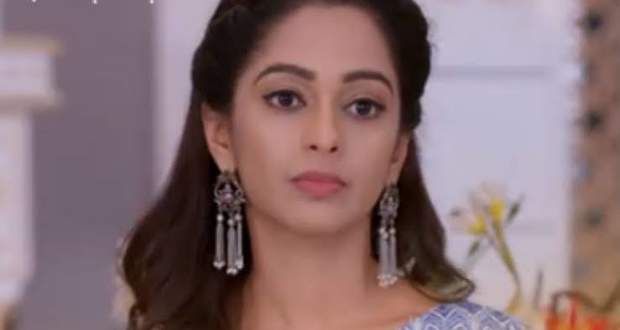 Kumkum Bhagya Latest Gossip: Prachi to get married on gunpoint

In the forthcoming episodes of Kumkum Bhagya serial, Prachi will be forced to get married on gunpoint by Sanju.

So far in Kumkum Bhagya story, Prachi was abducted and her kidnapper was revealed as Sanju. Meanwhile, Pragya got worried for Prachi and asked Ranbir to search for her.

Ranbir, who has feelings for Prachi rushed to track her location. He found her but was himself trapped by the kidnappers.

Now as per the gossip updates of Kumkum Bhagya serial, Sanju will reveal his obsessive lover side and will decide to bring Prachi permanently in his life.

He will force her to marry him at gunpoint and will threaten to kill her according to the spoilers of Kumkum Bhaagya serial.

© Copyright serialsindia.com, 2018, 2019, 2020. All Rights Reserved. Unauthorized use and/or duplication of this material without written permission from serialsindia.com is strictly prohibited.
Cached Saved on: Monday 18th of January 2021 12:09:15 PM