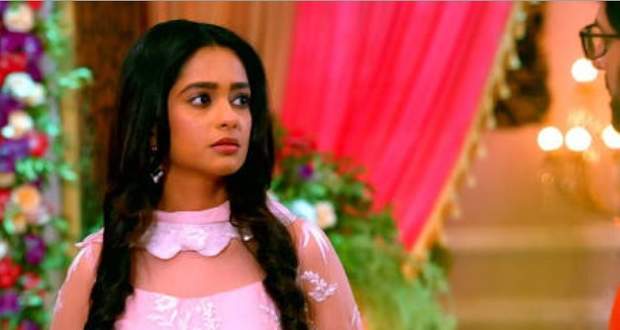 In the upcoming episode of Kumkum Bhagya, Pallavi will decide to teach Prachi a lesson by getting Ranbeer-Rhea's engaged in front of her eyes.

So far in Kum Kum Bhagya story, Aliya instigates Abhi against Pragya and he breaks all ties with his wife.

On the other hand, Pallavi decides to get Rhea-Ranbeer engaged during the Dusherra celebrations.

Now according to the gossip update of Kumkum Bhagya serial, Prachi will come to the Kohli house while Ranbeer will be under a misconception that his family has agreed to his and Prachi's alliance.

Further, Pallavi will give the responsibility of catering services to Prachi's family to teach her along with her family a lesson as per the future news of Kumkum Bhagya.

Let's see how Prachi reacts after learning that Ranbeer is getting engaged to Rhea in the upcoming story of Kumkum Bhagya serial.

© Copyright serialsindia.com, 2018, 2019, 2020. All Rights Reserved. Unauthorized use and/or duplication of this material without written permission from serialsindia.com is strictly prohibited.
Cached Saved on: Tuesday 24th of May 2022 11:22:32 AM