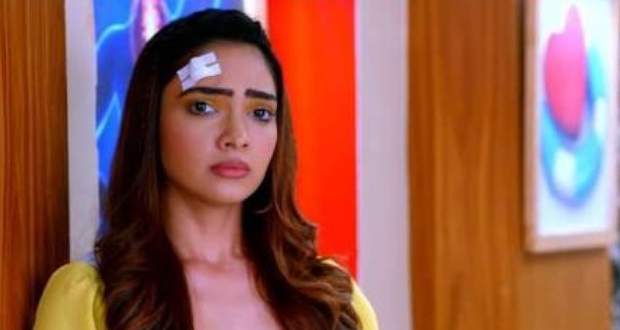 In the upcoming episodes of serial Kumkum-Bhagya, Rhea will get shattered after witnessing Ranbir-Prachi's growing closeness and will try to commit suicide by jumping off a cliff.

So far in Kum Kum Bhagya’s story, Rhea gets shattered after knowing that Pragya agreed to Ranbir and Prachi’s relationship. Further, she rebukes Pragya for leaving her newborn daughter and calls her a selfish lady.

Now according to the latest twist of serial Kumkum Bhagya, Rhea will be seen standing near a cliff while the people near her will ask her to step back.

Moreover, she will decide to end her life and will warn the people against saving her as per the gossip news of serial Kumkum Bhaagya.

Let’s see if Rhea succeeds in ending her life or someone saves her in the future spoilers of Kumkum Bhagya.

© Copyright serialsindia.com, 2018, 2019, 2020. All Rights Reserved. Unauthorized use and/or duplication of this material without written permission from serialsindia.com is strictly prohibited.
Cached Saved on: Thursday 7th of July 2022 12:05:08 AM