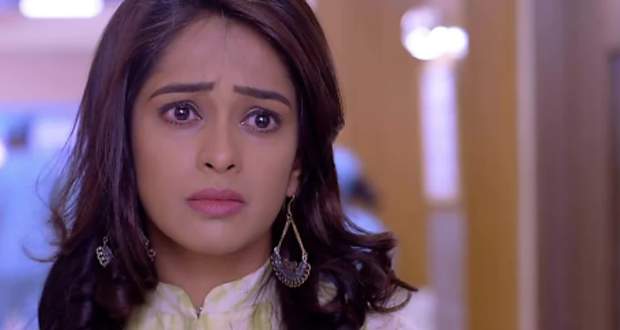 In the forthcoming episodes of Kumkum Bhagya serial, Prachi will decide to take Ranbir’s help after learning the shocking truth of her fake MMS being released.

So far in Kumkum Bhagya story, Ranbir and Prachi are in love and Rhea is not able to bear their happiness. She teams up with Sanju and plans to separate the loving couple.

She has decided to make a fake MMS of Prachi to humiliate her and create a misunderstanding between Ranbir and her.

Now as per the gossip updates of Kumkum Bhagya serial, Prachi will soon find out about her MMS being circulated on the campus from her friend.

She will get shocked to see it and will get devastated. She will cry her heart out and would not know who to share her problem with.

Later, she will decide to take help from Ranbir as she trusts him according to the spoilers of Kumkum Bhaagya serial.

© Copyright serialsindia.com, 2018, 2019, 2020. All Rights Reserved. Unauthorized use and/or duplication of this material without written permission from serialsindia.com is strictly prohibited.
Cached Saved on: Wednesday 1st of February 2023 06:57:03 PM