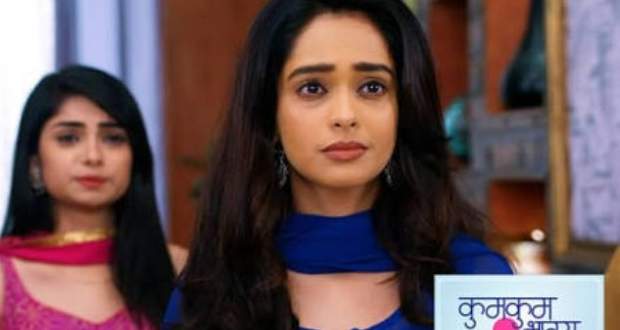 In the forthcoming episodes of Kum Kum Bhagya serial, Rhea will decide to ruin the life of her elder sister aka Prachi.

So far in Kumkum Bhagya story, Abhi rebuked Pragya for not telling Prachi the truth about her father and broke all ties with her.

On the other side, Pallavi decided to teach Prachi a lesson.

Now according to the latest updates of Kumkum Bhagya, Prachi will come to the Kohli House while Pallavi will ask her to do whatever she is asked to.

Further, Dida will deliberately bump into a waiter to spill soup on the flour while Prachi will be asked to clean it.

Later, Rhea will also decide to destroy the life of her elder sister aka Prachi as per the gossip news of Kumkum Bhagya.

Let's see if Pallavi and Dida realize their mistake in the future twist of Kumkum-Bhagya.

© Copyright serialsindia.com, 2018, 2019, 2020. All Rights Reserved. Unauthorized use and/or duplication of this material without written permission from serialsindia.com is strictly prohibited.
Cached Saved on: Monday 6th of February 2023 05:30:46 AM