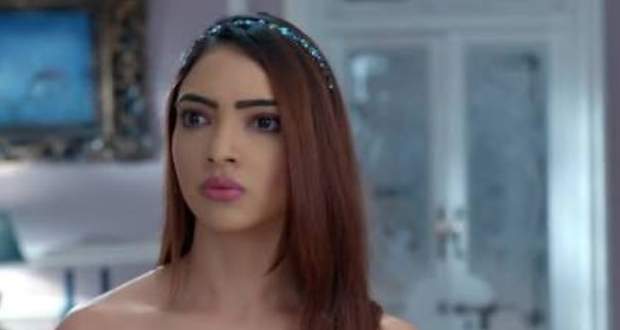 Kumkum Bhagya Gossip News: Rhea is rushed to the hospital

In the forthcoming episodes of serial Kumkum-Bhagya, Rhea will fall unconscious after trying to burn herself alive and Abhi will take her to the hospital.

So far in Kum Kum Bhagya story, Aliya brainwashes Rhea's mind against Pragya by telling her that she was a mean woman. Further, Rhea witnesses Ranbir and Prachi close to each other and gets shattered.

Now as per the latest updates of serial Kumkum Bhaagya, Rhea will lock her room from inside while Abhi will be very worried for her. Moreover, Abhi will break the door open and will save Rhea from fire.

Later, Rhea will be rushed to the hospital and Abhi will be dejected to see Rhea’s condition according to the future gossips of Kumkum Bhagya.

Let's see if Pragya also learns about Rhea’s attempt to suicide or not in the upcoming story of Kumkum Bhaagya.