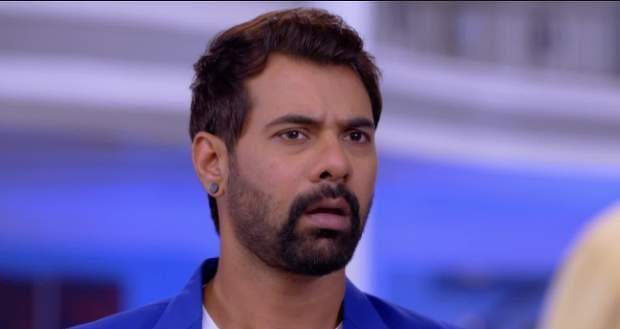 Kumkum Bhaagya Gossip News : Ranbir to be saved by Abhi

In the future episodes of Kumkum Bhagya serial, Abhi will be saving Ranbir from a false case and find the real culprit.

So far in Kumkum Bhagya serial, Rhea being envious of Ranbir and Prachi's close bond planned something big. She mixed alcohol in Ranbir’s drink. Maya later accused Ranbir of being drunk and behaving rudely.

According to the latest updates of Kumkum Bhaagya serial, Ranbir will be arrested for wrong molestation charges by the police. Pragya will come thereafter to meet him.

She will make him believe that she will get him out soon. On the other side, Abhi will go to any length to prove Ranbir’s innocence and will find about the real culprit according to the spoiler news of Kumkum Bhaagya serial.

Let’s see what happens next in the upcoming story of Kumkum Bhagya serial.

© Copyright serialsindia.com, 2018, 2019, 2020. All Rights Reserved. Unauthorized use and/or duplication of this material without written permission from serialsindia.com is strictly prohibited.
Cached Saved on: Sunday 4th of December 2022 07:13:17 AM