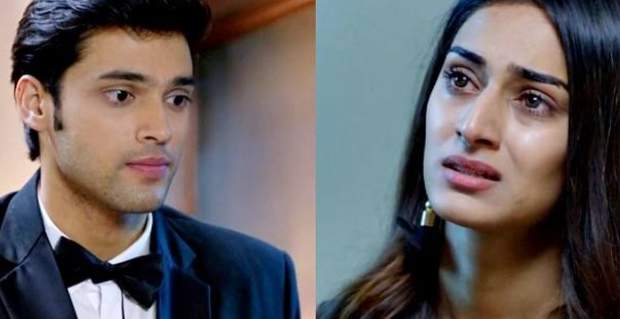 In the forthcoming episodes of Kasauti Zindagi Ki 2 serial, Anurag will come to know about his daughter's death due to fire that broke out in the Aashram eight years ago.

So far in the story of KZK2 serial, Bajaj and Prerna asked Komolika to pay a huge debt amount for Bajaj’s city project. Further, Komolika found out that Samidha is none other than Sneha and decided to adopt her to avenge Prerna.

Now based on the spoiler twists of Kasauti Zindigi Ki 2 serial, Prerna, in an argument with Anurag, will reveal that Sneha had died in an accidental fire in the Aashram years back.

Further, Anurag will feel dejected after Prerna's revelation. However, Prerna has already decided to adopt Samidha, unaware of the fact that she is none other than her own daughter Sneha as per the latest updates of KZK2 serial.

Let's see if Prerna and Anurag find out that Sneha is their daughter or not in the future story of Kasauti Zindagi Ki 2 serial.

© Copyright serialsindia.com, 2018, 2019, 2020. All Rights Reserved. Unauthorized use and/or duplication of this material without written permission from serialsindia.com is strictly prohibited.
Cached Saved on: Friday 20th of May 2022 10:16:07 PM