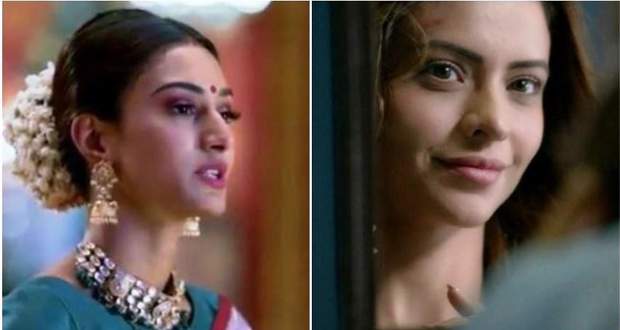 Kasauti Zindagi Ki 2 Spoiler News: Komolika to disguise as a girl next door

In the upcoming episodes of KZK 2 serial, Komolika will soon make her entry in the Basu house disguised as a girl next door.

Up until now in Kasauti Zindigi Ki 2 story, Bajaj is trying to spoil Anurag’s image in front of Prerna and has blamed him for his accident.

Meanwhile, Anurag is innocent and has decided to prove it by hook or by crook.

Now based on the latest spoiler twists of Kasauti season 2, Komolika will make an entry in the Basu house with a new face and same old motive.

She will disguise as a girl next door and will take advantage of her plastic surgery to trap the Basus.

Further, as per the latest news of Kasauti 2 serial, she will enter Basu house and Mohini will get impressed with her and will see her as her daughter-in-law.