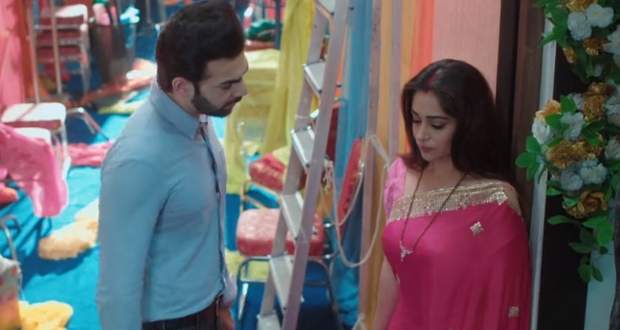 In the forthcoming episodes of Kahan Hum Kahan Tum serial, Sumit will make another evil ploy against Sonakshi and this time he will use Raima in his game.

In the present story of KHKT story, Sumit helped Raima to get to Sippy mansion and was suspicious about her visit.

Later, Raima accused Sonakshi of her condition and Rohit also believed her. He told Sonakshi to leave Sippy mansion and also told his family that their relationship was a drama.

Now as per the spoiler twists of Kahaan Hum serial, Sumit will learn the truth about Raima and Rohit’s past relation and will decide to use it in her plan against Sonakshi.

He will meet Raima and will play mind games with her. He will make her believe that Sonakshi is a selfish girl who is trying to trap Rohit according to the latest gossips of Kahan Hum Kahaan Tum serial.

Further, Raima will believe Sumit and will try to break Sonakshi and Rohit’s relation in the future story of Kahan Hum Kahan Tum serial.

© Copyright serialsindia.com, 2018, 2019, 2020. All Rights Reserved. Unauthorized use and/or duplication of this material without written permission from serialsindia.com is strictly prohibited.
Cached Saved on: Friday 20th of May 2022 09:38:40 PM