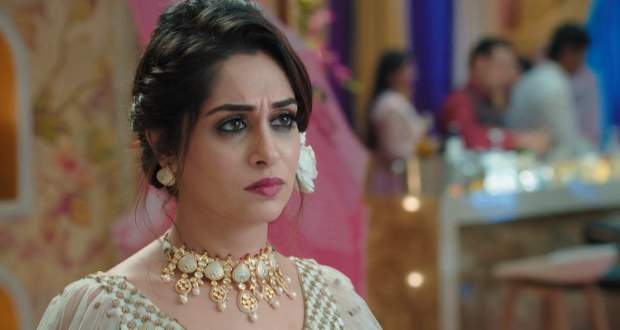 In the forthcoming episodes of Kahan Hum Kahan Tum serial, Naren will get upset with Sonakshi for apologizing on his behalf to media.

In the present story of KHKT story, Naren is already upset with Rohit marrying Sonakshi and has also created a prenup agreement. Later, Suman also gets into an argument with Naren regarding Sonakshi.

Now as per the spoiler twists of Kahaan Hum serial, a lot of journalists and media people will gather in the Sippy mansion for Rohit and Sonakshi’s engagement.

At the same time, Naren will be asked to rush to the hospital for a critical case. He will push one of the journalists in a hurry to escape the house.

The media will demand an apology from Naren while he will refuse to apologize. However, Sonakshi will apologize on behalf of Naren which will further inflame him according to the latest gossips of Kahan Hum Kahaan Tum serial.

© Copyright serialsindia.com, 2018, 2019, 2020. All Rights Reserved. Unauthorized use and/or duplication of this material without written permission from serialsindia.com is strictly prohibited.
Cached Saved on: Wednesday 28th of September 2022 02:03:55 PM