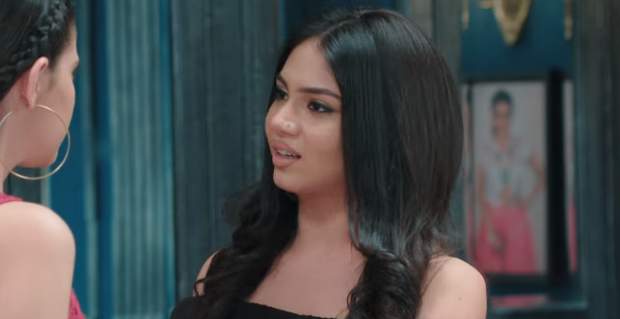 In the forthcoming episodes of Kahan Hum Kahan Tum serial, Naren’s extra-marital affair truth will be revealed and Pooja will be his illegitimate daughter.

In the present story of KHKT story, Pooja accused Pari of stealing a bracelet while the later got angry and decided to print the adoption story of Pooja in the newspaper.

However, Rohit got angry at Sonakshi as the story was published in her name.

Now as per the spoiler twists of Kahaan Hum serial, Naren’s extra-marital truth will be revealed in front of the whole family and viewers will witness another shocking story.

Based on the latest gossip updates of Kahan Hum Kahaan Tum serial, Pooja will be revealed as the illegitimate daughter of Naren and Nishi and YK adopted her just to save the family name.

© Copyright serialsindia.com, 2018, 2019, 2020. All Rights Reserved. Unauthorized use and/or duplication of this material without written permission from serialsindia.com is strictly prohibited.
Cached Saved on: Saturday 2nd of July 2022 01:58:01 PM