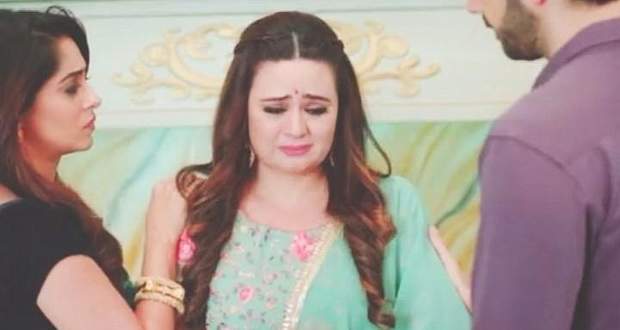 In the forthcoming episodes of Kahan Hum Kahan Tum serial, Veena will be seen going against Sonakshi for the first time and will accuse her of Naren’s critical condition.

In the present story of KHKT story, Veena learned the shocking truth of Pooja being Naren’s illegitimate child. She blamed Rohit as well for hiding the truth.

Now as per the spoiler twists of Kahaan Hum serial, Nishi will be upset with Naren’s decision and would push him off the balcony.

She will even ask the police to interrogate her about the suicide as per the gossip updates of Kahan Hum Kahaan Tum serial.