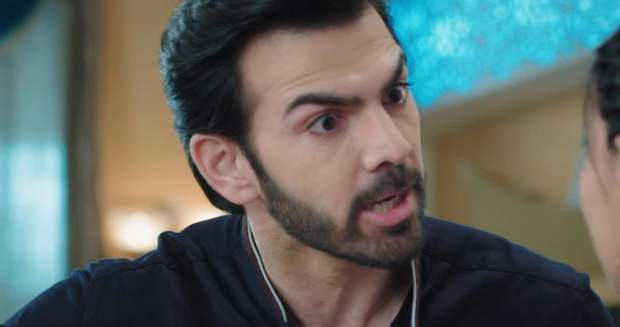 In the forthcoming episodes of Kahan Hum Kahan Tum serial, Sippy family will apologize to Sonakshi for not trusting her when they will learn she is not behind the statement.

In the present story of KHKT story, Pooja read the newspaper article and learned that she is adopted. She was shattered to learn the truth while the Sippys continued to blame Sonakshi.

Also, Rohit knows Pari got the news published and has already confronted her. Later, Sonakshi also found Pooja in a pile of blood.

Now as per the spoiler twists of Kahaan Hum serial, Rohit will bring Pari in Sippy mansion to get her to confess the reality.

Pari will reveal she was behind publishing the story and will apologize. Sonakshi will get heartbroken to learn that her sister can perform such a horrible act.

Further based on the gossip updates of Kahan Hum Kahaan Tum serial, the Sippy family will also apologize to Sonakshi for misunderstanding her.

© Copyright serialsindia.com, 2018, 2019, 2020. All Rights Reserved. Unauthorized use and/or duplication of this material without written permission from serialsindia.com is strictly prohibited.
Cached Saved on: Thursday 18th of August 2022 11:03:11 PM