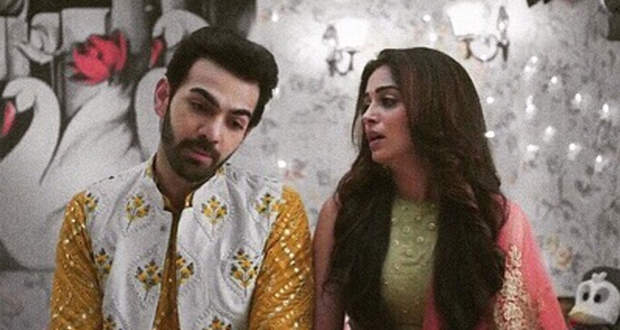 In the forthcoming episodes of Kahan Hum Kahan Tum serial, Rohit and Sonakshi will go on a romantic getaway and Rohit will plan a surprise for his beloved wife.

In the present story of KHKT story, Pooja learned the truth about her adoption and tried to commit suicide. She was successfully saved from the media using Sonakshi’s plan.

Later, Nishi arrived and Pooja refused to call her mother. She even decided to shift to the guest room.

Now as per the spoiler twists of Kahaan Hum serial, Rohit will try to convince Sonakshi to go for a honeymoon with him but Sonakshi will continue to refuse because of Pooja’s condition.

Later, Sonakshi will be compelled to say yes and Rohit will get delighted with her decision. He will even get romantic before marriage and will sing a song for her.

Further, based on the gossip updates of Kahan Hum Kahaan Tum serial, Rohit will also order a surprise parcel for Sonakshi which he will ask her to open during their honeymoon.