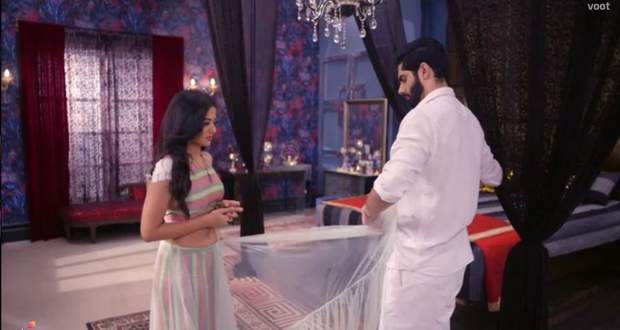 In the upcoming episodes of Colors TV’s serial Ishq Mei Marjawan 2, Vansh and Riddhima will start getting closer after Riddhima recovers from her injury.

So far in Ishq Mein Marjavan 2 story, Kabir attacked Riddhima and she got injured. Later, Kabir ordered a masked man to end Riddhima’s life by killing her in her unconscious state.

Now based on the latest spoiler of Ishaq Mein Marjawan 2, Riddhima will gain consciousness and will feel better than before. Meanwhile, Vansh will help him wearing a saree and they both will get closer.

Further, Kabir will secretly enter Vansh’s mansion to meet the masked man, while Riddhima will feel something suspicious there according to the latest update of the Ishq Mein Marjaawan 2 serial.

Let’s see what happens next in the future story of Ishq Mein Marjawaan 2 serial.