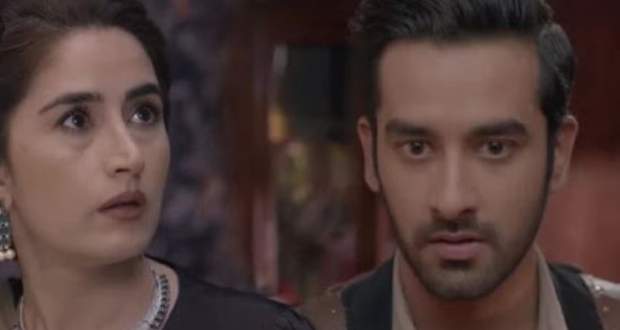 In the upcoming episodes of Ishq Mein Marjawan 2 serial, Riddhima’s friend Sejal will overhear Anupriya-Kabir’s plan of harming Riddhima but will get caught while doing so.

So far in Ishq Mein Marjaawan 2 serial, Riddhima tells Kabir that the real mastermind is Anupriya. Later, she follows Anupriya's son tr to expose him.

Now based on the spoiler twist of IMM2 serial, Riddhima’s friend Sejal will visit Kabir’s house to meet Riddhima. Further, she will overhear Anupriya and Kabir’s conversation and will learn that they want to put Riddhima’s life in danger.

However, Kabir will see Sejal and will try to catch her before she reveals everything to Riddhima as per the latest updates of Ishq Mein Marjawan 2 serial.

Let's see if Sejal will be able to tell Riddhima the truth about Kabir or not in the future story of IMM2 serial.