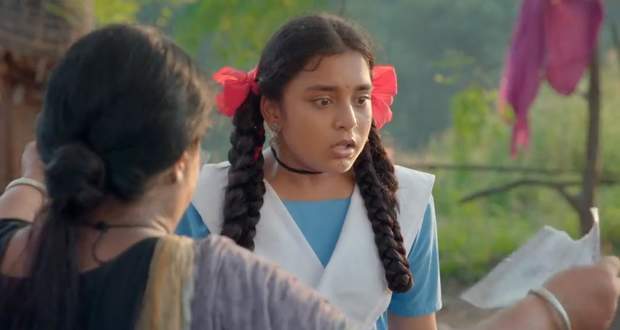 Imli Gossip News: Imlie dream to study to be shattered by her grandmother

In the forthcoming episodes of Imli serial, Imlie's dreams of going to the city and making something out of herself will be shattered due to her grandmother's action.

Up until now Imli serial, Imli is an excellent scholar who wants to make something of herself and provide a good life for her mother while her grandmother is against her.

Further, Aditya and Imli have met each other through an accident.

Now as per the spoiler alerts of Imli serial, Imli will get the scholarship and will show her mother the certificate for the same due to which her mother would be delighted.

Afterwards, while they will be celebrating, her grandmother will come there and snatch the certificate after which she will tear it apart shattering Imlie's dream according to the gossip twists of Imli serial.

Let's see if Imlie manages to get that scholarship without the certificate in the future episodes of Imli serial.