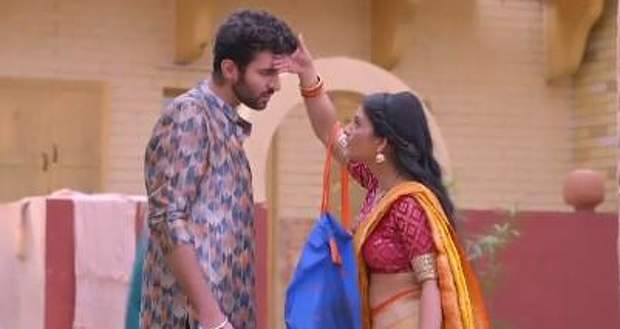 So far in the episodes of Harphoul Mohini, Mohini has decided to participate in a cooking competition.

However, Mohini doesn’t know how to cook.

Though Harphoul and Mohini fight with each other like cat and mouse, they are ready to help each other.

As per the Harphoul Mohini spoiler, Ganga aunty has decided to teach Mohini cooking.

She thinks Mohini wants to cook because she loves Harphoul.

Like a stubborn kid, Mohini denies it by claiming that she is learning to win.

Meanwhile, Harphoul thinks Mohini will embrace him at the competition.

As per him, women should know how to cook not men.

Later, Harphoul’s mom tells Harphoul how his father always encouraged her to cook despite her lousy cooking.

This makes Harphoul realize he needs to support Mohini since he is her husband.

In the upcoming story of Harphoul Mohini, Harphoul starts helping Mohini with cooking.

In the process of helping Mohini, Harphoul starts feeling love for Mohini.

However, Balwant, Harphoul’s uncle will try every possible thing to create distance between Harphoul and Mohini.

Stay tuned to watch the future episodes of Harphoul Mohini to learn how HarMohi’s love will blossom despite Balwant’s evil plans.