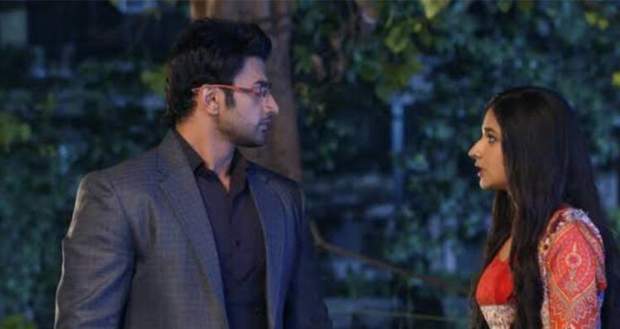 Guddan Tumse Na Ho Payega: Akshat and Guddan going to face each other

In the future episodes of GTNHP serial, Akshat and Guddan will come face to face after a very long time.

So far in the Guddan serial, Akshat refused to believe Guddan while Guddan left the Jindal house. Also, the show will take four years leap. Guddan will become a successful actress and Akshat will lead a life of a careless drunkard.

According to the gossip news of Guddan Tumse Na Ho Payega serial,  Guddan will be invited to Indore for an event after the success of her film. Dadi will ask Akshat to participate in a chef competition in Indore. Akshat will go to Indore thus.

Akshat and Guddan will come in front of each other after such a long time as per the spoilers of Guddan serial.

© Copyright serialsindia.com, 2018, 2019, 2020. All Rights Reserved. Unauthorized use and/or duplication of this material without written permission from serialsindia.com is strictly prohibited.
Cached Saved on: Saturday 28th of January 2023 12:52:29 PM