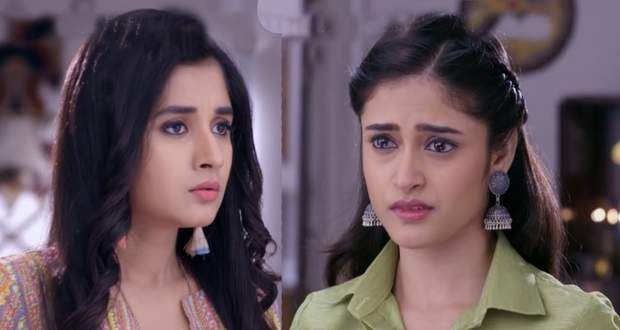 Guddan Tumse Na Ho Paega Spoilers: Guddan to get attacked by her sister

In the forthcoming episodes of GTNHP serial, Guddan will be attacked by her own sister, Revti who will try to kill her.

Up until now in Guddan Tumse Na Paega serial, Akshat killed Guddan while grieving for the death of his beloved brother.

However, Guddan managed to save herself from the accident and now has immense hatred for Akshat. She is also well aware of Akshat still maintaining relations with Antara.

Now according to the latest spoilers of Guddan Tumse Na Ho Paega serial, Guddan will face yet another shocking situation wherein her sister Revti will try to kill her.

She will get stunned to see the hatred in Revti’s eyes for herself as per the gossips of Guddan serial.

© Copyright serialsindia.com, 2018, 2019, 2020. All Rights Reserved. Unauthorized use and/or duplication of this material without written permission from serialsindia.com is strictly prohibited.
Cached Saved on: Tuesday 1st of December 2020 04:31:01 AM