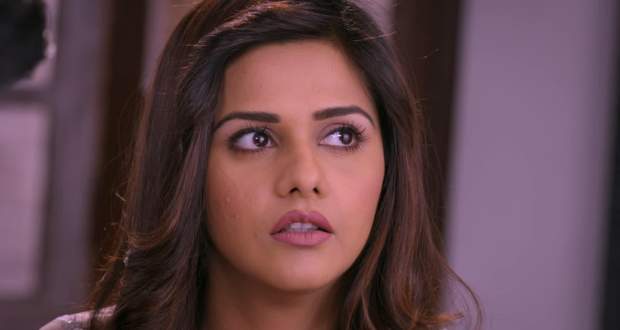 In the forthcoming episodes of GTNHP serial, Vikrant will make an exit from the serial after getting exposed while Antara will make a shocking re-entry.

Up until now in Guddan Tumse Na Paega story, Vikrant took over the Jindal property and Durga also joined hands with him.

Later, Durga revealed that she was helping Akshat and Guddan and Guddan got all the property back by using her smart deal. However, Vikrant again kidnapped Akshat to trouble them.

Now according to the latest spoiler twists of Guddan Tumse Na Ho Paega serial, Guddan will be forced to wear Santa costume and loot a bank.

She will play smartly and will get herself out of the situation. Later, Vikrant will be sent to jail for his crimes and he will be out of the show.

Further, based on the gossip news of Guddan serial, Antara will stun the viewers by re-entering the show and taking revenge from the Jindal family.

© Copyright serialsindia.com, 2018, 2019, 2020. All Rights Reserved. Unauthorized use and/or duplication of this material without written permission from serialsindia.com is strictly prohibited.
Cached Saved on: Wednesday 30th of November 2022 12:04:13 AMCached Disp on: Sunday 4th of December 2022 07:12:34 AM