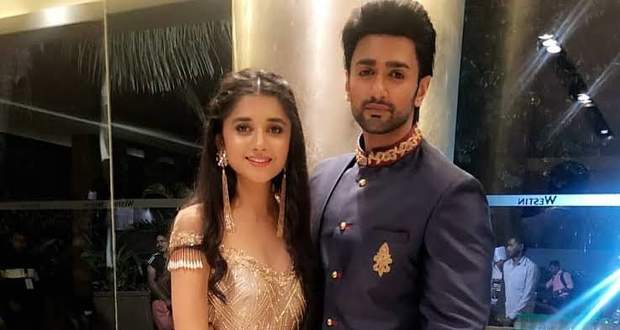 In the forthcoming episodes of GTNHP serial, Guddan and Akshat will decide to not burst firecrackers and will decide to burst balloons instead to celebrate Diwali.

Up until now in Guddan Tumse Na Paega story, Alisha planted a bomb in the temple which was later discovered by Guddan. Guddan successfully defused the bomb and saved her family.

Later, Akshat got really mad at Alisha and tied her with a rope on a chair.

Now according to the latest spoilers of Guddan Tumse Na Ho Paega serial, Daadi will compel Akshat in untying Alisha and forgiving her.

Akshat will agree to release her and later everyone will do the Diwali Pooja. Also, Akshat and Guddan will decide not to burst firecrackers and will burst balloons instead as per the gossips of Guddan serial.

© Copyright serialsindia.com, 2018, 2019, 2020. All Rights Reserved. Unauthorized use and/or duplication of this material without written permission from serialsindia.com is strictly prohibited.
Cached Saved on: Tuesday 16th of August 2022 12:07:53 PM