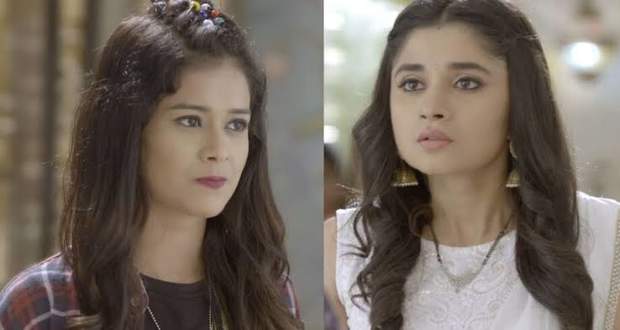 In the forthcoming episodes of GTNHP serial, Guddan will try to make Alisha reveal the truth about Vikrant by sweet-talking with her.

Up until now in Guddan Tumse Na Paega story, Alisha swapped the bride to marry Vikrant and later he was revealed as the mastermind of the whole act.

Later, Guddan got suspicious of Vikrant’s actions and tried to get the truth out of Alisha. However, Alisha was compelled to take the blame as she was threatened by Vikrant.

Now according to the latest spoiler twists of Guddan Tumse Na Ho Paega serial, Akshat and Guddan will decide to take the truth out of Alisha.

They will sweetly talk to her and ask her to not fear Vikrant and reveal the truth as per the gossip updates of Guddan serial.