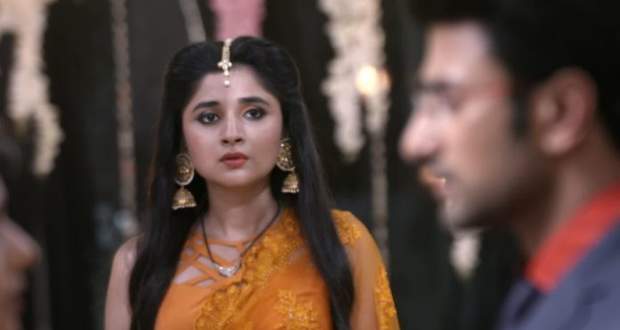 In the forthcoming episodes of GTNHP serial, Guddan will soon meet with an accident which will be planned by Antara and will lose her unborn child.

Up until now in Guddan Tumse Na Paega story, Akshat believed Antara instead of Guddan and refused to believe her. Later, he took Guddan on a romantic date to cheer her up.

However, he had to leave in the middle of the date and later Guddan found Antara hugging Akshat.

Now according to the latest spoiler twists of Guddan Tumse Na Ho Paega serial, Guddan will be devastated to see that Akshat is cheating on her and will decide to leave the house.

She will be walking on the streets alone when Antara will hit her with her car. She will be badly injured and will rush to the hospital.

Later, the doctors will reveal that she lost her unborn baby in the accident as per the gossip news of Guddan serial.

© Copyright serialsindia.com, 2018, 2019, 2020. All Rights Reserved. Unauthorized use and/or duplication of this material without written permission from serialsindia.com is strictly prohibited.
Cached Saved on: Thursday 18th of August 2022 10:43:05 PM