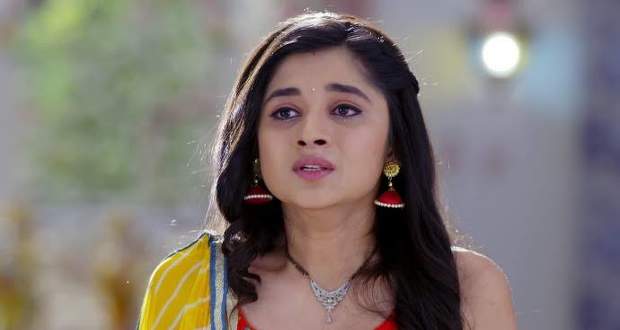 In the forthcoming episodes of GTNHP serial, Guddan will soon come to know of Antara being Alisha’s killer and will reveal the same in front of Akshat.

Up until now in Guddan Tumse Na Paega story, Vikrant’s reality was exposed and this marked the entry of Antara in the show. She manipulated Alisha and told her that she is not her real mother.

Later, she killed her by giving medicine that induced heart attack.

Now according to the latest spoiler twists of Guddan Tumse Na Ho Paega serial, Guddan will get shocked to learn that Alisha’s killer is none other than Antara.

She will rush to reveal the truth to Akshat while the rituals of 13 days of Alisha will be going on as per the gossip updates of Guddan serial.

© Copyright serialsindia.com, 2018, 2019, 2020. All Rights Reserved. Unauthorized use and/or duplication of this material without written permission from serialsindia.com is strictly prohibited.
Cached Saved on: Friday 19th of August 2022 04:13:04 AM