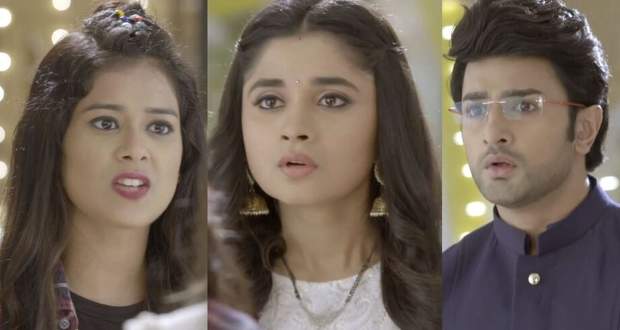 In the forthcoming episodes of GTNHP serial, Guddan will get really upset when Alisha will blame her for ruining her childhood by coming into Akshat’s life.

Later, Antara’s daughter Alisha made a shocking entry at the Navratri Pooja.

Now according to the latest spoiler twists of Guddan Tumse Na Ho Paega serial, Guddan will take the motherly responsibilities of Alisha.

Later, Alisha will return home in a drunken state and will accuse Guddan of spoiling her happy family.

When Guddan will try to console her, she will further blame her for coming into Akshat’s life and ruining her childhood as per the gossips updates of Guddan serial.

Guddan will get hurt with such allegations in the future story of Guddan Tumse Na Ho Paega serial.

© Copyright serialsindia.com, 2018, 2019, 2020. All Rights Reserved. Unauthorized use and/or duplication of this material without written permission from serialsindia.com is strictly prohibited.
Cached Saved on: Wednesday 1st of February 2023 08:37:31 PM