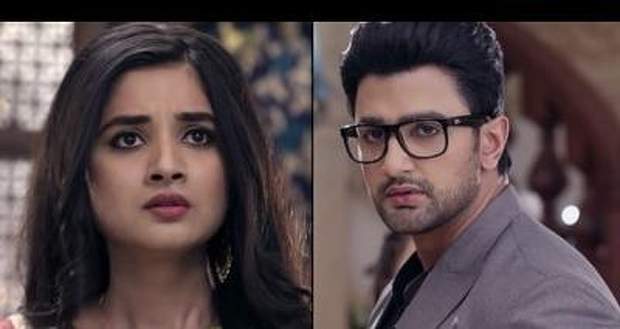 In the future episodes of Guddan serial, Akshat is going to issue a warning for Guddan that she will not be able to create anymore mess in his life.

So far in Guddan Tumse Na serial, Akshat and Guddan parted ways and story took a small leap. Also, Antara's character made an exit from the show.

As per the latest update of Guddan Tumse Na Ho Payega serial, Akshat and Guddan will come face to face in Indore after the post-leap of the show. Akshat is going to participate in a chef competition and Guddan is going to judge the same in Indore.

Akshat has become a careless drunkard now and Guddan has become a successful actress according to the gossip news of GTNHP serial.

Akshat will warn Guddan after their face-off that she will not be able to hurt him anymore and cause any hurdles in his life.