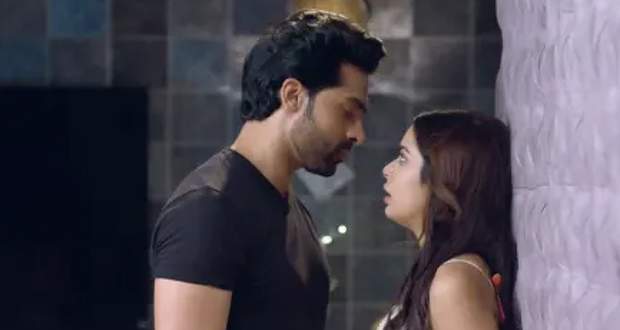 The viewers will witness a hot and sizzling romance sequence of Rakshit and Drishti wherein they will finally consummate their marriage in the future episodes of Divya Drishti serial.

Up until now in Divya-Drishti serial, Laal Chakor entered Shergill's house and is trying to stop Divya and Drishti from finding the truth.

Divya and Drishti saved Rakshit and Shikhar and finally were able to shut Pishachini. Later, Rakshit got mad at Drishti for always being with Divya.

Now based on the spoiler twist of Divya Drishti serial, Rakshit will not be ready to talk to Drishti and will go straight in his room to sleep.

Drishti will follow him and will wake him up. She will continue to irritate him and both of them will get into a cute pillow fight. The pillow fight will turn into a romantic sequence.

Viewers will witness some sizzling and hot chemistry of the couple which will lead to their consummation as per the gossips of Divya Drishti serial.

© Copyright serialsindia.com, 2018, 2019, 2020. All Rights Reserved. Unauthorized use and/or duplication of this material without written permission from serialsindia.com is strictly prohibited.
Cached Saved on: Monday 6th of February 2023 05:32:05 AM