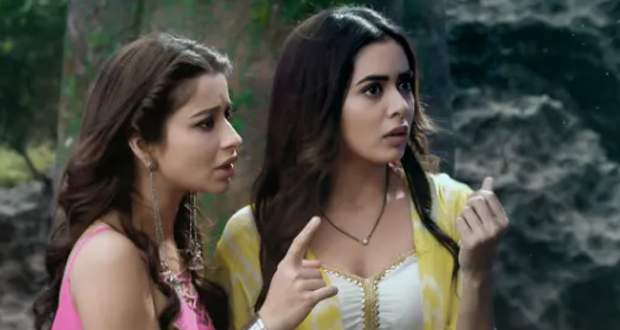 Divya and Drishti along with Rakshit will try to stop Laal Chakor from killing family members in the future episodes of Divya Drishti serial.

Up until now in Divya-Drishti serial, Divya and Drishti tried to find out the truth of Laal Chakor and found seashells instead. Also, Drishti has learned she is pregnant.

Meanwhile, Laal Chakor is among the family members and Pishachini has trapped them inside the house.

Now based on the spoiler twist of Divya Drishti serial, Laal Chakor will be on a killing spree and will start killing family members one at a time.

Divya and Drishti will get worried and will decide to stop him using the seashell. They will further get some shocking evidence as per the gossip news of Divya Drishti serial.

It will be interesting to see how the story unfolds in the upcoming episodes of Divya-Drashti serial.

© Copyright serialsindia.com, 2018, 2019, 2020. All Rights Reserved. Unauthorized use and/or duplication of this material without written permission from serialsindia.com is strictly prohibited.
Cached Saved on: Wednesday 1st of February 2023 09:09:14 PM